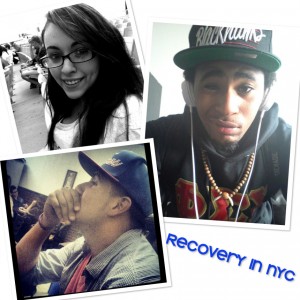 Flooding in Brooklyn is not something we see often; however, when Hurricane Sandy stormed New York, she took with her the lives of 109 and the homes of thousands. This tragedy not only showed New York its mortality, but also reminded New Yorkers that there are greater struggles than catching the late bus in the morning.

Many New Yorkers have returned to the regular hustle and bustle that the city is known for. Some parts of the five boroughs didn’t see any affects, but for a few college students, life has not turned back the dial. zx 630 Three college students heavily affected by Hurricane Sandy agreed to share their experiences.

Wearing his organization’s hoodie, Jose “Wreckonize” Batres grabs a seat on the light green SUBO building sofas. After finding what looks like a comfortable position, he smiles.

Hurricane Sandy hit land sometime Monday evening, and while many families had found retreat or safety, not all were so fortunate.

“We were in an evacuation zone, but we couldn’t leave. We had no place to go really, so we figured we’d ride it out,” said Batres as he stares into the noisy game room of SUBO recalling the night.

“It was different. Wind was blowing hard. Trees were getting bent and broken and pieces flying everywhere due to the wind. Heavy rain was pouring hard and the lights went out as well.”

Batres looks around, analyzing his surroundings and asks to move to a more private room. His eyes flash a look of sadness as he reseats himself on a black and white loveseat in the SUBO basement. Rearranging himself several times before speaking again, he glances up and clears his throat lightly. Batres is a Kingsborough Community College student who lives in Rockaway, Queens. His recollection of Superstorm Sandy has movie-like energy.  CUNY students got some time off because of Sandy, but with the kind of damage done to Batres’ area, returning to school would not be a simple transition.

“The lights went out, one by one, in every building and slowly throughout the whole peninsula. No heat, so we had to sleep with sweaters, sweatpants, and sometimes hats. No hot water, so we had to heat up water on the stove in our biggest pots. And with stores closed due to no electricity, food was hard to come by for some if they weren’t prepared. Waited on lines sometimes for hours just to get food. Mail that was able to come in, and for any type of help, whether it was for clothes, medical attention or shelter. Even transportation, people had to wait for hours just to take public transportation and with no lights public transportation stopped at a certain time due to the traffic signals not working.”

In New York, the CUNY system houses roughly 272,000 students in total. All CUNY colleges are comprised of commuters and while the MTA was up and running about 5 days after, this did not mean that college students who live great distances could just spring back up for school. Professors are not always the most understanding people in the world.

“Most were understanding except for one who gave us a test when we came back to school like anybody’s mind was on that. And still left homework but still had no electricity to even use my computer or light to read or even a phone to use it to look things up. Even just being able to get home has been the biggest hassle and an overhaul of work in a short period of time due to the days missed is also a problem,” Batres says while simultaneously shuffling through a bag full of papers to find syllabi.

The struggle of returning to student life is not one that Batres faces alone. Many students in the metropolitan area have had trouble readjusting to school life. One of these students is the Bergen Beach native Janet DiGeronimo. Walking into the room with a grey sweater and a forced smile on her face, she sits next to Batres and timidly introduces herself.

“Bergen Beach was considered a Zone B. Evacuations weren’t ‘necessary’… It all happened in the blink of an eye. One minute it was windy outside, the next our house was filling up with water. We tried to stop the water from coming in, but we soon realized that it was beyond our control and that we had to leave.”

DiGeronimo begins to fidget whilst remembering the Superstorm’s hit. The storm had taken its toll not only in power outage, but in the belongings it took with it.

“The whole first floor of our home was destroyed. We lost everything from Air Jordan Femme appliances to clothing. The walls and floors had to be ripped out, and everything has to be replaced.”

Students like DiGeronimo have been displaced; lost belongings and some have even lost homes. The idea that school would simply just return so quickly when many have not been able to pick up the pieces is a hard pill to swallow.

“I returned to school the first Monday that campus was open to speak to my professors, but I was not able to attend class regularly until about three weeks after the storm. It’s extremely difficult. It’s hard to focus on work and dedicate time to assignments when so much is going on. Hurricane Sandy has honestly turned my whole world upside down. School has always been very important to me, but lately I find it very hard to concentrate on anything, including my classes.”

Janet was battling between maintaining normalcy in her studies while simultaneously dealing with the loss of her belongings, her home and many memories that washed away with the storm.

“The storm has taken a huge toll on everyone, but we are trying to do the best we can. We know that even though we lost so much and are going through a difficult time, many people have it even worse than us. I’m currently staying at my aunt’s apartment in Bensonhurst.

“As far as school goes, with the exception of one, my professors have been very understanding. They are allowing me to make up the work I missed and have been very sympathetic.”

Later in the day, wearing a pair of green UrbanEars while twirling a Naruto keychain, Khyriel ‘Diverze’ Palmer sits on the couch across my table while awaiting my questions.

“LS, I’m ready whenever you are, kiddo…”

Khyriel is a Coney Island native who had a front row seat for the horrendous event that was Superstorm Sandy.

“ I live in zone A, one block away from the beach. So I guess you can say I had a front row view of Sandy’s debut. My family and I decided to stay because when we evacuated for hurricane Irene, we came back to Coney with no damage done. So we assumed that would be the same case for Hurricane Sandy.”

The reality of what Khyriel and his family would now face was much more than they had planned for. Living on the 23rd floor, they had no power or heat for several days. The entire first floor was flooded during that time, so attempting to leave was futile.
“When Sandy hit, the power in my building was the first to go out. The streetlights reflected the water as it rushed onto the streets. It looked as if the streets were covered in lava. Then, my building started rocking left to right gently. My mother’s car had to go to the scrap yard because of the water damage. Plus, all the food was no good anymore…”

A family of seven living in one home had to go with no food, or electricity until the first floor was pumped out of water and FEMA had come to handle the mess left by the storm.

“I returned to school about a few days after it was open again. It had been stressful at the time because I couldn’t sleep at night. But my friends helped me move on. Most of my professors already knew my situation, so I didn’t have to explain. Honestly, I have me a lot of make up work I’m tryna finish up. FEMA paid for us to start on a hotel for the time being. But luckily we were home before Thanksgiving. Getting back home never felt so good, honestly. Made it seem like we’d be okay from there…”
The hardships of a student are immense enough, without the added stresses of not having a stable home life. In the average student’s life, between working, a heavy course load and outside relationships- maintaining a steady GPA is a difficult task. air jordan 1 After a natural disaster of the likes of this one, students are expected to fall right back into place. For students like Jose Batres, Khyriel Palmer, and Janet DiGeronimo, this may not be as simple as it once was.