On Thursday a witness (one of three that day) took the stand. She was Jane Doe #3 and identified by the name of Sonja. She met R. Kelly at just 21 years old in the early 2000’s, as she was pursuing a career in media as a radio intern. He was at her local mall in Utah, and she made sure she was there to get an interview, as it would be her first celebrity interview that she believed could kickstart her career.

According to Sonja, Kelly’s team would not agree to over-the-phone interviews and would not go to the radio station where she worked. She was then given a ripped-up piece of paper with a phone number and the name ‘Rob.”  She got into contact with R. Kelly and his team, and they did agree to an in-person interview, and they flew her out and invited her to stay at The Chocolate Factory in Chicago.

As soon as she arrived, she was greeted with a non-disclosure agreement and a worker asking her “Do you need protection?” referring to a condom. She replied, “No, I’m not here for that.” Kelly’s team made photocopies of her i.d. card, took her cellphone, and wrote down the phone numbers of the last few calls she had made, and went through her luggage without her permission. 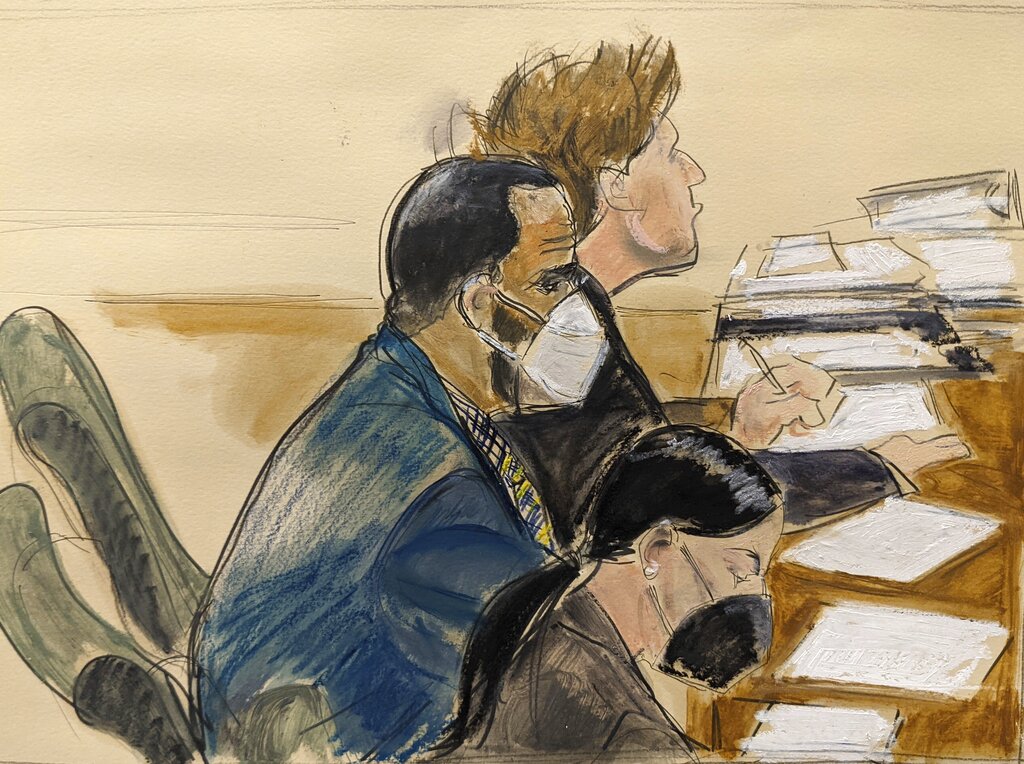 She stayed in a dark room with dim lighting and was given instructions not to look up at Kelly, not to talk to anyone else and not leave the room. Before she knew it, his team locked her inside the room, and she wasn’t let out or given food and water over a long stretch of time. Whenever she wanted to use the bathroom, it had to “be cleared with Mr. Kelly” and she needed to be escorted with his personnel.

She said after a few days she was given Chinese food and soda and after a few bites, she began to feel “full and fatigued.” She said she doesn’t know how she got from the chair to the couch that was in the room. She said she remembered that as soon as she saw Kelly in the corner of the room, he was pulling up his pants. She found her underwear on the armrest of the couch and her thighs and vaginal area were wet. She never recalled taking off her underwear. “I know my body,” she said. She felt like she had been touched sexually. She said no one else was in the room. When she regained consciousness, she went to hug Robert Kelly and said, “Hey, how are you?” He proceeded to grab her behind and pull her closer.

According to Sonja, after that, Kelly left, and she never saw him again. She signed a non-disclosure agreement and someone from Kelly’s team threatened her by saying, “Don’t fuck with Mr. Kelly.” She said she never spoke about the occurrences because she knew Kelly had contact information of her loved ones.

Sonja said she never never went to a doctor to get checked out. She made her report to law enforcement officials only after hearing other victims were speaking up about their experiences in the documentary series “Surviving R. Kelly.” She said she was afraid no one would believe her, but she eventually hired an attorney because she wanted to know her rights. She also said she had no intention of speaking about this publicly again.