“DON’T DO IT JUST DON’T DO IT,” Staten Island funeral director Kevin Muror yelled to an auditorium full of high school students and their parents at Tottenville High School on Oct. 15.

Muror pulled a young boy out of the crowd to be a volunteer as he held one end of a seven-foot long row of papers Muror connected together. As Muror held the other end of the line of papers, he explained that the papers were death certificates of young adults who died from a prescription drug overdose on Staten Island in just the previous six months.

Muror’s passion to stop this epidemic of prescription drug overdose stems from a recent history of tragedies in the borough — a history that is prompting not only stepped up efforts to treat addicts but also attempts to make the larger community more aware of the problem and to teach families how to deal with it.

A study by the New York State Prescription Drug Monitoring Program found that Staten Island has a higher rate of drug overdoses than any other borough, and also leads the city in filing for e high-dose opioid prescriptions. The study, based on 2012 data, found that Staten Island had 10 fatal overdoses per 10,000 people from opioid analgesics, drugs used to moderate severe pain such as oxycodone, methadone and codeine.

“Ladies and gentleman there is a war going on and we are losing it,” former Staten Island Borough President James Molinaro told the crowd in Tottenville. 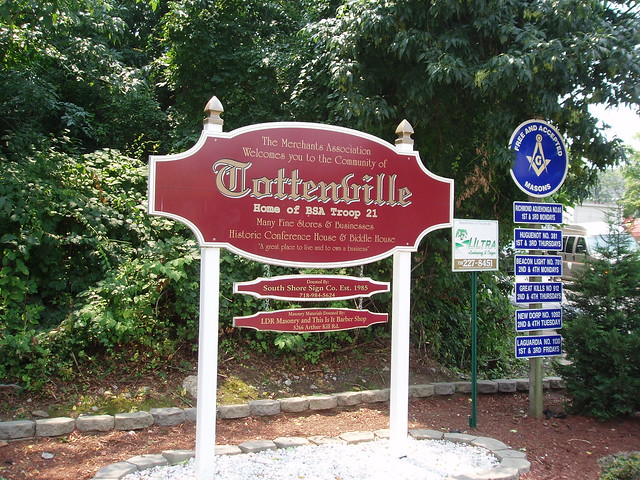 Staten Island, the smallest borough in population, lost more than 30 young adults to an overdose from May of to October of this year. Molinaro says that this is nothing new. The death toll from drug overdose has been as high as 32 people a month, which happened in July of 2011.

“There’s big money in narcotics,” Molinaro said. Heroin and prescription pills such as Xanax, Vicodin and oxycodone are some of the biggest killers on the island. “This zip code is one of the highest family incomes in the city of New York,” he told the audience in Tottenville, a neighborhood in Staten Island’s southwest corner. “It’s $85,000. There’s too much money given out to kids where in other neighborhoods you won’t get that. It means that there is more health insurance and more prescription drugs in the home as well.”

During the 12 years that Molinaro was borough president, his son died from drug overdose in his twenties while living on the Island. Molinaro said that he was not ashamed of what his son did; he used his experiences to try and make a difference to the young people of Staten Island by spreading awareness.

Johnny Pignatelli, a 22-year-old resident of Staten Island’s Annadale section, says he has seen his share of the negative effects of drugs on his generation. Annadale is a neighborhood on Staten Island’s South Shore, where the prevalence of drugs is highest.

“Some childhood friends have been to rehab for drug use and a few kids I went to school with have died from overdosing on drugs,” Pignatelli said. “It’s really sad.” Pignatelli said that he believes the problem has to do with the easy accessibility young kids have to drugs.

“I think it’s so easily accessible due to how well off people are on the south shore. Parents don’t think twice about giving their kids money and they don’t question it.”

In the neighborhoods of Staten Island’s South Shore, there are many street posts decorated with flowers and photographs as a memorial for those that have died of a drug overdose. There are even more memorials for those who have died due to accidents caused by those under the influence.

Rocco Deserto, a 40-year-old father of three children from the Bloomingdale section on the South Shore, said he was in a terrible car accident six yeasr ago that was caused by a 21-year-old man high on oxycodone. “I have three kids and thank God they were not in the car at the time of the accident,” he said. “Where I was hit was where my son sits in his car seat. My car was pretty much totaled.”

Alicia Reddy, a nurse at a drug detoxification unit at Staten Island University hospital for the past five years, said families of drug addicts have turned to her for help because of the work she does. She is now a certified interventionist on Staten Island and is known for her work as the “Addiction Angel.”

Every month, Reddy holds seminars to raise awareness of the drug epidemic on the island, as well as seminars for young adolescents for prevention. Reddy says the problem stems from the influx of heroin coming from Brooklyn and New Jersey and the fact that parents on the South Shore are wealthy as compared to the rest of the island. As a result, a lot more money is handed out to kids.

“I get phone calls all day everyday for parents looking for guidance and help for their kid. It’s mostly for heroin,” she said. “It’s going to be a long way before this gets better, because it’s a broken system. Parents aren’t being educated, resources are not available, insurance policies are not providing the right services, and the criminal law system being broken not being educated on what exactly these kids need.”

Reddy says that there are some resources out there for those struggling.

A rehabilitation program called Camelot Counseling Center plays an important role in Staten Island’s fight against the epidemic. The rehabilitation center has been serving male residents of Staten Island for over 45 years, helping an average of 500 men a year. It offers separate programs for two age groups. The first program is a 25-bed program serving males from the age of 17 and under.

“At this age we are looking at boys who are failing out of school who are generally using smoked drugs such as marijuana,” said Camelot’s executive director, Luke Nasta.

The second program is a 45-bed program is for men 18 and above who are hooked on prescription drugs and opioids.

Nasta said drug abusers need to look into programs like Camelot if they are to have any hope of bettering themselves or helping loved ones. “The problem on Staten Island is that people have health insurance, so when someone is addicted to drugs they get sent to a 28-day drug rehab in Florida covered by the health insurance,” Nasta said. “Are you really going to get better in 28 days? No.” Programs at Camelot last six to nine months.

Both Reddy and Nasta say that fixing the problem lies heavily on educating the families of Staten Island as well as the youth.