Monica Sibri sits in the middle of the brown rectangular table with her Macbook Pro to her left and cell phone to her right.  She checks both

repeatedly, trying to organize that day’s meeting since many members of her CUNY Dreamers group can’t come or are delayed because of the

multiple jobs they work and other commitments. Her black skirt sash, earrings,  gray sweater and love of bacon, egg and cheese sandwiches give

off the image of successful young American woman.

Actually, the 22-year-old Sibri, in her senior year at the College of Staten Island, is

struggling to stay in school and find good jobs for the future.  Her immigration status

lives for themselves and their families.

dishwashing, et cetera . . . just to make ends meet and give up their dreams of educating

themselves,” Sibri said. Originally from Ecuador, she’s in her second year as

president of College of Staten Island’ s Dreamers Club, a small chapter of the CUNY

and receive the resources they need to do so.

They have made countless trips north to Albany and to the nation’s capital, asking

for help in a country that’s seemingly turned its back on them. The D.R.E.A.M Act failed on

the federal level four years ago, and then a state version failed to pass the New York State

Senate earlier this year.   Even with promises that the bill could be passed, the measure,

shy of passage in the State Senate.

This will provide no relief from a trend noted by the Fiscal Policy Institute. It found

that  of the 4,500 undocumented students who graduate high school every year in New York State,

radar into minimum-wage work or other things.

“Within high schools, many administrators don’t realize the number of programs

that can help undocumented students on the CUNY level,” said 20-year-old college

sophomore Antolina Garcia, a member of the John Jay College Dreamers’ club. When

“There’s a general acceptance they can simply pay out of pocket, which often forces

students to work two or three jobs just to take classes, ” she added.

Others face more issues like being unable to obtain health insurance

or prescription medication from pharmacies, and inability to sign leases. They can’t

they’ve lived here for decades, and many are victims of crimes which go unreported due to

immigrant fears of talking to the police .

“They will survive, but just survive. They wouldn’t be able to access any of the

and the Republicans, who have not supported immigration reform, now controlling

both houses of Congress, the Dreamers  are buoyed by two developments over the past

immigrants will be able emerge from the shadows, take active roles in city life, and

finally get the chance to see their hopes and dreams come true.

Back in July, Mayor Bill de Blasio signed the municipal ID act into law; it

goes into effect in January. The law will create a government-backed municipal ID card

will accept the card as proof  of residency and identity.

the shadows and become active members of the city,” Sibri said. Undocumented residents

will now be able to open their own bank accounts, sign leases, and obtain their own 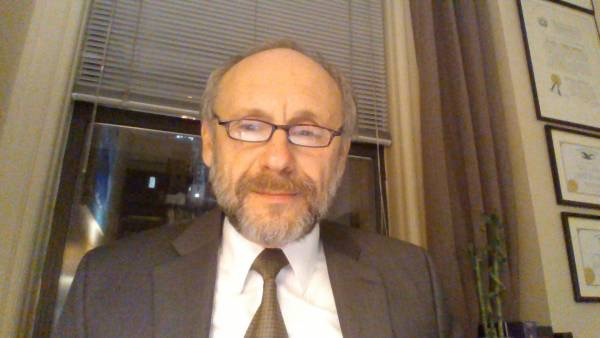 “Some immigrants became victims of people who produced for them fake ID’s, but

now these ID cards are legal, and not only is this beneficial to all, but it gives foreigners a

friends, and will have better chances to obtain scholarships to lessen the burden for

financing their education. But despite the positive outlook, many are still

skeptical of the law’s execution, fearing it won’t lead to widespread changes in getting

more undocumented people into the workforce.

withdrew its backing before the bill was signed into law. Its complaint was that law

without probable cause. The organization contended that the city could easily trace

people who are undocumented residents, and take actions against them like deportation,

and not have to notify people that their privacy was invaded.

“We understand the privacy concerns, and we’re working with the mayor to ensure

Yakupitiyage.  “We are still supporting the law because it will truly help undocumented

way they’re viewed by other Americans outside their social group.

“There’s always been prejudice towards immigration here in the U.S, and sadly I

don’t think it will go away soon,” said a Dreamers’ Club member   who asked not to

with the state’s illegal immigration problem.

“It’s a form of legal racial profiling,” she says.  According to the law, police

have the right to ask people to stop and show ID, and other personal information based

her visiting them, and as they left police asked them for their paperwork. Without them

they were deported, my father came back but my brother can not,” she added.

“Many Americans claim their ancestors never cut corners, and came to the country

over borders,” said Goldstern. He said that “often in times of crisis, many Americans

may harm our well-beings.”

lead many undocumented families to withdraw into the shadows. They barely interact

with outsiders, hide any evidence that reveals their culture or real identities and often

struggle to make ends meet due to the unstable, poor jobs they’re forced to maintain.

“A lot of undocumented families are mixed-status, and often when one parent is

deported it can cause trauma not only for the children, but also for the other parent who’s

In 2008, studies by the Pew Research Hispanic Trends Project indicated that over 1.5 million

children in the U.S. were living with at least one undocumented parent, and that a third

of these children were living in poverty. Undocumented immigrants have a median income

even if they’ve lived in America for long periods of time. This correlates to an inability

for many parents to pay for their child’s education.

In addition, a 2011 study by University of Chicago Professor Roberto Gonzales

showed that 20 percent of undocumented students graduated with bachelor’s degrees,

yet none were able to pursue their desired careers following graduation. More and more

undocumented youth are growing depressed, as they work so hard to fulfill their dreams

only to continually run into obstacles that keep them from doing so.

Feelings of stigmatization, fear of deportation, and uncertainty about their futures

not only led to increased bouts of depression, but also cases of suicide among

undocumented youth, according to the Youth Project. Many students are simply giving up

the effort to get an education, and are tolerating the injustice and persecution they’re

receiving  by those outside their respective communities. This fact angers Sibri like no

“There are two groups of Dreamers: those who stand up and speak up, and the

others who stay silent and accept their limitations,” she said. The protests that

CUNY Dreamers have been doing for years  have helped to  maintain pressure for change.

Despite its flaws, the municipal ID law will give undocumented residents the chance to go

other city services that can aid them in getting apartments and other things. But at the same

time, the ID law will not do what the state DREAM Act would have done to give tuition aid

to children of undocumented parents.

sociology along with a psychology minor, can manage to take only five to six credits per semester,

as they can’t pay to take 12 credits or more as full-time college students.

“When I came here my senior year in high school, it was hard for me to apply for college since

my family couldn’t afford tuition and I had no government aid,” said the New York City Tech

student. Luckily, her mom sends her money whenever she can and one of the people she stays

with chips in financially as well. It’s not clear whether or not the DREAM Act will be brought

back to Albany anytime soon, but some remain optimistic.

“Eighty percent of all Americans want immigration reform, and if we keep up our

In November, Obama announced he would use executive action to

numbers, the ability to travel within the U.S. and work legally under their own names.

enforcement ability to act as immigration agents, and protect those eligible or who

“It’s a step in the right direction,” Garcia said. “We have to embrace

people as they are, disregard our differences and see them as humans first.”

Though she isn’t undocumented, Garcia fights for those who are  because in her

mind, “ No human being is illegal,” as author Elie Wiesel wrote.  Sibri echoed her

sentiments.:  “Immigrants are directly responsible for many of the contributions that made

America the country it is today, and we plan to keep up the fight to ensure America

rediscovers the motto and golden door it was built out of.”