The damage has been done. Hurricane Ida had left its mark on most neighborhoods in Queens. Cars are still stranded, abandoned on expressway exits and shoulders. Streets are still piled with wreckage from homes. People are still searching for answers and waiting for assistance.

President Joe Biden visited the hardest hit neighborhoods in Queens on Tuesday. “This is Code Red,” Biden said, as he spoke to local residents. He said the storms in the coming years will only get worse, and he advised onlookers to brace themselves for global warming and the impact it will continue to leave.

As most residents try to move on from Ida, Joshua Desepeda, an Elmhurst resident, is still reeling from his experience with the flood. Desepeda witnessed the death of an 86-year-old woman who lived in his basement. The woman was his landlord. He sadly declared, “I had a dead body in my living room until 5:30 a.m.” Desepeda attempted CPR but it was too late. He added, “It was absolutely gut-wrenching.”

Desepeda has never witnessed anything so harrowing. He was still in absolute shock as he spoke about his experience. “This will stick to me for a long, long time, maybe even forever,” he said. “I’m currently suffering PTSD from it.”

Desepeda has devastation all around him. His cousin’s basement home was submerged in five feet of flood water. He knows to be grateful, because he knows things could have been worse. “I’m fortunate to be on the first floor, so I didn’t get affected by the flood as much. But I feel bad for my cousin since he and his family live in a basement home.”

Though the flood has subsided, Queens is still in recovery mode. Desepeda feels that it is not only a physical recovery, but mental as well. “We are lucky to be here today. You can always replace materials, but you cannot replace the value of life,” he said, speaking by phone on Thursday.

Congresswoman Grace Meng, U.S. Representative for New York’s Sixth Congressional District, which covers Flushing, Elmhurst, Rego Park, visited a 86-year-old woman’s home in 84th Street in Elmhurst to pay her respects. The home has been vacated by order of the Department of Buildings as it was deemed “imminently perilous to life.” 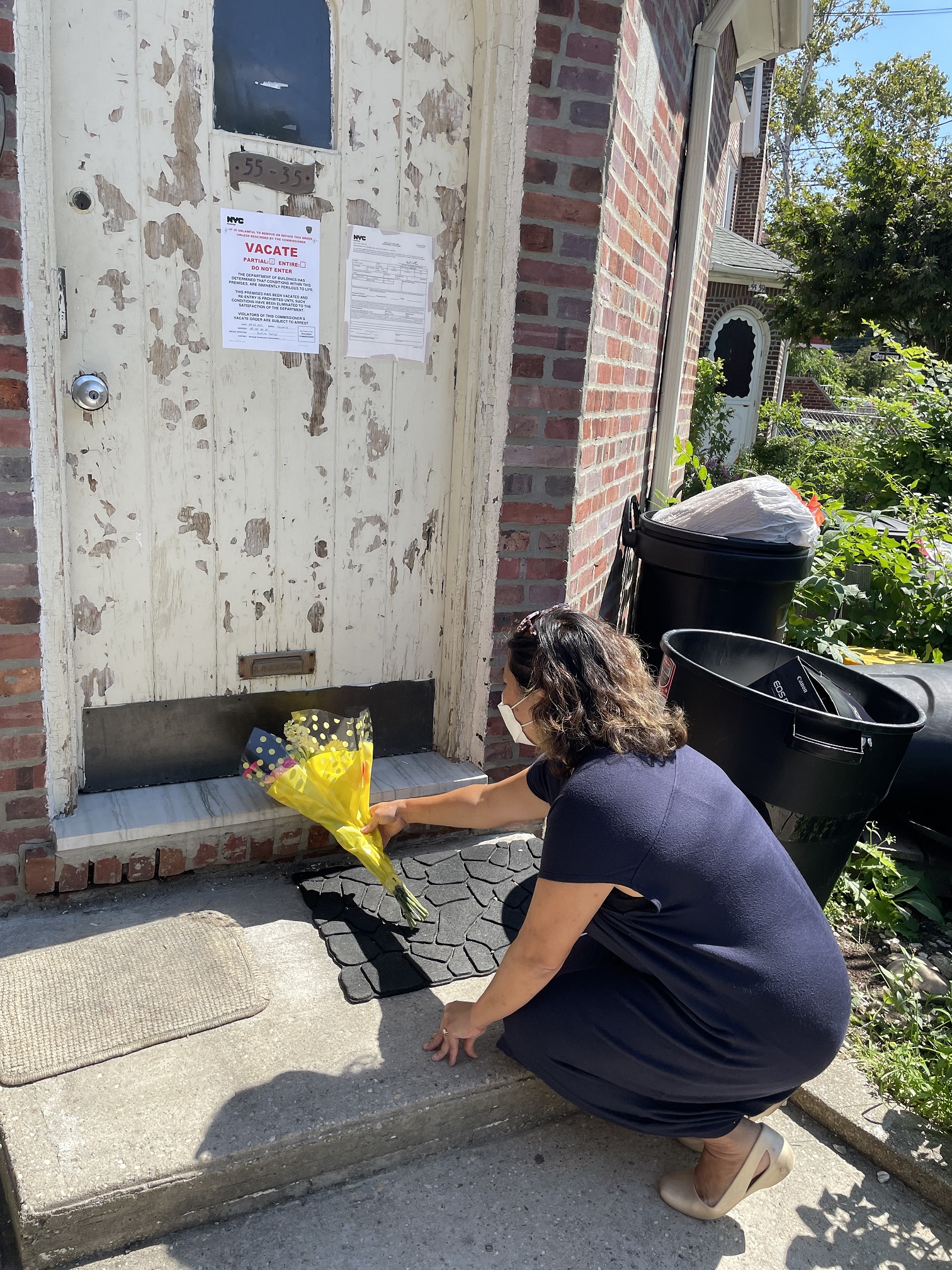 A total of 11 people died in Queens from the flooding caused by Hurricane Ida.