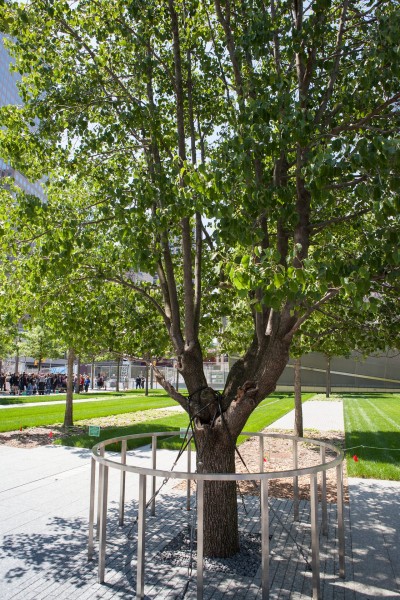 As death rained down on the World Trade Center plaza 11 years ago, a small green thing survived. It was a potted pear tree.

Vega has worked on the memorials ince 2007, playing an integral role in getting the what is now called the “Survivor Tree” back where she belongs. With Bartlett Tree Experts,he helped nurse the tree back to health in a Bronx nursery.

Since 2010 the tree has stood near where it was planted in the 1970’s. air yeezy 2 After 9/11, the tree was buried for weeks under the rubble. Finally, in October 2001, she was dug out, becoming the last living thing pulled from ground zero, as well as the only surviving tree.

“The Survivor Tree represents strength,” said Dot Hill, a survivor of the Oklahoma City bombing. “It represents still being able to adjust to the conditions you’ve been thrust into.The tree fortifies the bond between that the survivors of any terrorist attack have.”

Although Hill was willing to talk about her ordeal, others, including Survivor Network President Richard Zimbler, shy away from the subject to avoid reliving the trauma.

“Trees signify life,” said Bartlett manager Kevin Kenney. “There had been nothing but dust and concrete for yeara. But the trees brought the site to life.”

“It’s one thing to build a big glass building, He added. “It’s something different when something that’s alive is given a chance to spring up. It’s a testimony to survival.”

Some 225 trees surround the memorial 224 swamp oaks and the surviving pear tree. Memorial official expect to put 360 trees altogether at the site.

“We chose swamp oaks because of their resilience and hardiness in an urban environment,” Kenney said.