Jennifer Acevado, 27, of the Morris Park section of the Bronx, middle school teacher: “I voted for Hillary. Honestly I don’t like Hillary neither, but Trump can’t win. If he does I’m moving back to Dominican Republic.“

Wuraola Sonubi, 21, of East New York, full-time student: “I’m not voting this election; I don’t like none of the candidates. I’m scared for America.”

Richard Stevenson, 22, of Crown Heights, full-time student: “I am voting for Hilary. Trump cannot win. I won’t allow him to win. If he wins, America is going to change. Trump is a business man; he knows how to run a business. America is not something we can play with.” 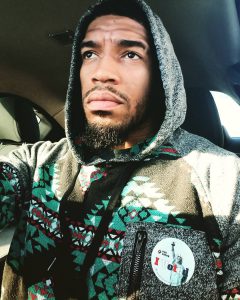 Darius Nunez, 25, of Queens, personal trainer, said he doesn’t know if he’ll truly be heard or be recognized because of the electoral voting procedure, “but… if I have the ability to put my best foot forward for the future generations then I’ll do just that!”

Malik White, 24, of Bedford-Stuyvesant, sales associate:
“I’m voting for Trump. America needs a drastic change, and Hillary cannot provide that change for America. We need someone strong to take over America.”

Sasha Peterson, 22, office assistant: “I’m voting for Trump. Why? I like the way Trump thinks. Yes he is strict. However, America needs a strict leader.”

Kimberley Blackmeth, 28, of the Morris Park section of the Bronx, registered nurse: “I am voting for Trump. Hillary cannot win; I don’t think she can handle America. America needs a strong leader. I understand she wants to be the first woman to be elected president, but I don’t think she is the right woman.”

Jessica Peru, 26, of Flatbush, sales associate: “Donald Trump has my vote! He is the best! Being nice doesn’t take you anywhere in life. We need someone strict like Donald.”

Kaila Chapman, 33, of Washington Heights, blogs on natural hair and accounting manager for restaurants, said her name wasn’t at her local polling site. “But, I’m not supposed to think this is all rigged?” she said. “I voted, I guess.” She added that she’s “so tired of talking about politics”.

Kiana Nicole, 20, of Flatbush, student at the University of Albany and first-time voter in a presidential election, graduate of Brooklyn College Academy: Nicole has a lot of friends who aren’t voting in this election. She told them, “although you may not like the candidates running, we have to choose one that will run our country and represent us the best in the next four years … I’m with her.”

Allison Shiffler, 30, of East Harlem, single mom and full-time Columbia University graduate student in clinical social work, said she was excited to have taken her 7-month-old daughter to the polls with her and said she voted for Clinton so we can finally “move on and make some extra efforts in making a safer America” for her daughter.

Darius Nunez, 25, of Queens, personal trainer, said he doesn’t know if he’ll truly be heard or be recognized because of the electoral voting procedure, “but… if I have the ability to put my best foot forward for the future generations then I’ll do just that!”

Beverly McGee, a nursing student from Brownsville: “People are mad because in some places, they don’t even have the books” that list voters. “You know the books that have your name?”

Pablo Young of Bronwsville, a construction worker, said “There were lines, but it’s not so bad. I just went to my table.”