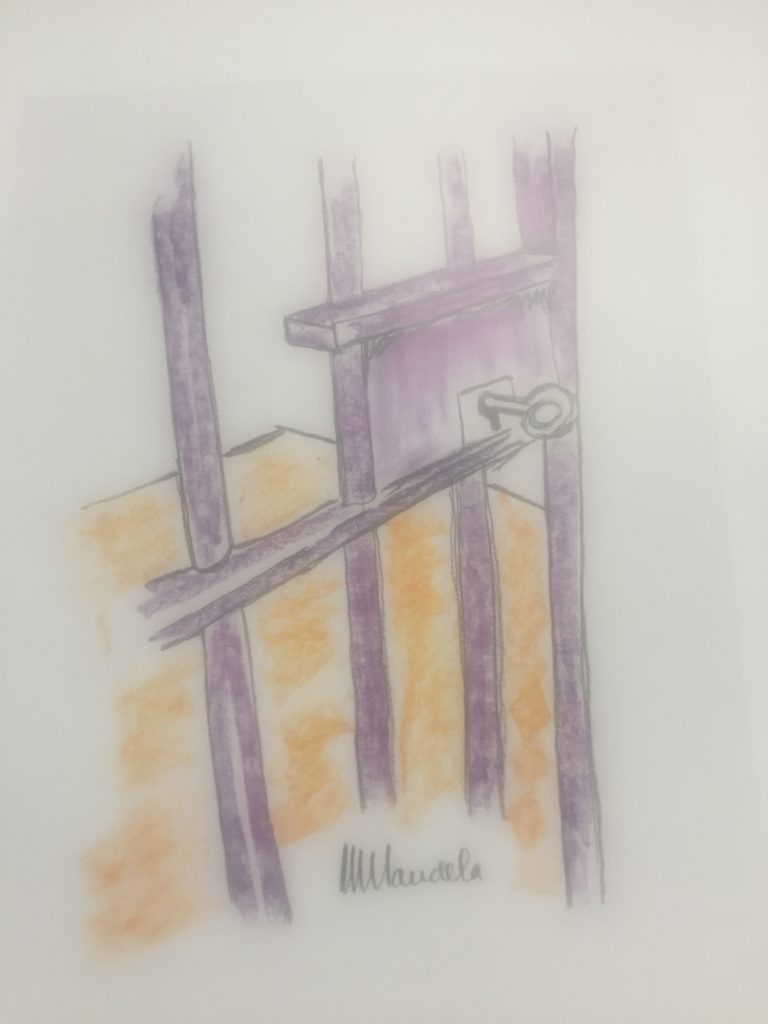 The Bonham art gallery on Thursday held an auction at its Manhattan premises, featuring contemporary African art. And among the artists whose work was auctioned was the famous African political leader and legend: Nelson Mandela.

Mandela, who spent a total of 27 years in prison, was jailed at Robben Island for 18 years. “It was a tiny cell that I could walk in three steps,” Mandela used to say about his cell. He painted in 2002, when he began a series of sketches on the subject of Robben Island. Around 22 sketches were completed, with images he found meaningful both symbolically and emotionally.

Mandela retired as President of South Africa in 1999. What is less known is that after his retirement he began a new career as an artist.

His Robben Island cell No. 5 has been visited by presidents, prime ministers and diplomats from across the globe, including President Bill Clinton (1998) and President Barack Obama (2013). It has become a place of pilgrimage for those who wish to trace the footsteps of a man who dedicated his life to the acquisition of denied freedom.

Mandela’s art work called “The Cell Door” is a simple colored sketch made with wax pastel crayon. The detail of the key on the door cell is a symbol of the hope Mandela never lost during the long time that he spent behind bars.

He said of the piece:

“I have attempted to colour the Island sketches in ways that reflect the positive light in which I view it.  This is what I would like to share with people around the world and, hopefully, also project the idea that even the most fantastic dreams can be achieved if we are prepared to endure life’s challenges.”

The depiction of the iconic cell was sold today for a total of $ 112,575 dollars to an unknown buyer.