Home » Arts/Culture » Uncategorized » You are reading » 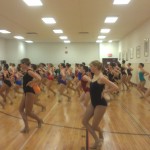 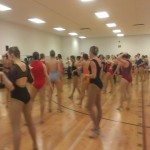 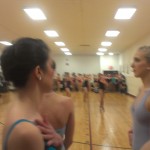 The dancers were led into elevators by a security guard yelling “good luck!” from the West 55th Street entrance of Radio City Music Hall. The young women entered the large rehearsal hall, where they were given a few moments to drops their bags and strip down to their leotards. A sea of brightly colored lycra one-pieces shuffled into lines of beaming smiles as over a hundred girls filled the dance studio.

Linda Haberman, director and choreographer for the Radio City Christmas Spectacular headed the group of young hopefuls. Haberman, dressed in black and topped by her red pixie haircut, briefly taught a short dance routine to the group,kicking off the audition.

“You gotta listen, that’s a big part of the job,” screamed Haberman. roshe run hyp Rocky Center sources said only one spot on the celebrated Rockettes dance line was open.

The open audition offers any woman with a dance background the opportunity to become a part of the Radio City seasonal show. The ladies then broke up into three smaller groups to dance the quick routine. After a few rounds of Rockette routine education, the dancers were finally called by name to the center of the room, three at a time. They would dance the routine for the last time before the final decision was made.  The young women waited to the side for their turn in the light, wiping sweat from their brow and shaking the nerves off their shoulders.

Ahead of the woman sat four choreographer’s who yelled out the names of the girls who would be led into what they called the “red room” also known as the “Rockette room.” The dancer who makes it will return to Radio City Music Hall to dance in the Christmas Spectacular from November 8 to December 30. Who will that be? Only Terpsichore knows.