On Thursday, a new exhibition, “The Moon Represents My Heart: Music, Memory and Belonging” opened to the public at the Museum of Chinese in America.

The exhibit presents the history of music identity in immigrant Chinese culture in America ranging from the 19th century to the present.

In terms of how the inspiration behind this exhibit came about, Andrew Rebatta, associate curator for the exhibit, wanted a way to show the not-so-linear history of Chinese-American music influences in America.

“We knew very broadly that we wanted to do a music exhibition, but when you think about what Chinese-American music is, it’s something that kind of doesn’t really exist,” said Rebatta. 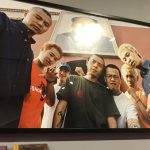 Credit for all photos: Shanika Carlies 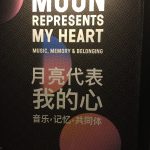 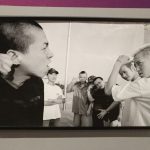 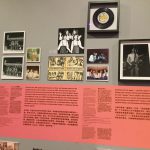 One interesting fact is that the exhibit is named after Teresa Teng’s song, “The Moon Represents My Heart,” which is iconic in Chinese culture.

The exhibit has interactive stations where visitors can listen to videos and mix tapes from the past that are valuable to Chinese-American culture. The exhibit is split into sections that cover a wide range of musical genres, approaches, and artists.

One video, for example, showed the lifestyle of underground rock musicians living in Beijing. Another section explained the history behind the music of traditional Chinese opera in relation to rap music.

Hua Hsu, a guest curator who joined the project in November, believes people can relate in a personal way to the exhibit by remembering what music they were fans of growing up.

“Everyone has that moment where a song helps figure out who you are,” Hsu said. “We just tried to honor that and give everyone, whether you’re Chinese or not, an opportunity to reflect on that.”

People submitted personal pictures for the section of the exhibit that Hsu curated as youth fans of the music they enjoyed growing up, which adds to the personal connection that he hopes people will receive while visiting the exhibit.

“The Moon Represents My Heart: Music, Memory, and Belonging” exhibit will remain open until September 15.

Visitors are encouraged to visit www.MOCANYC.org for a schedule of performances and programs related to the exhibition.